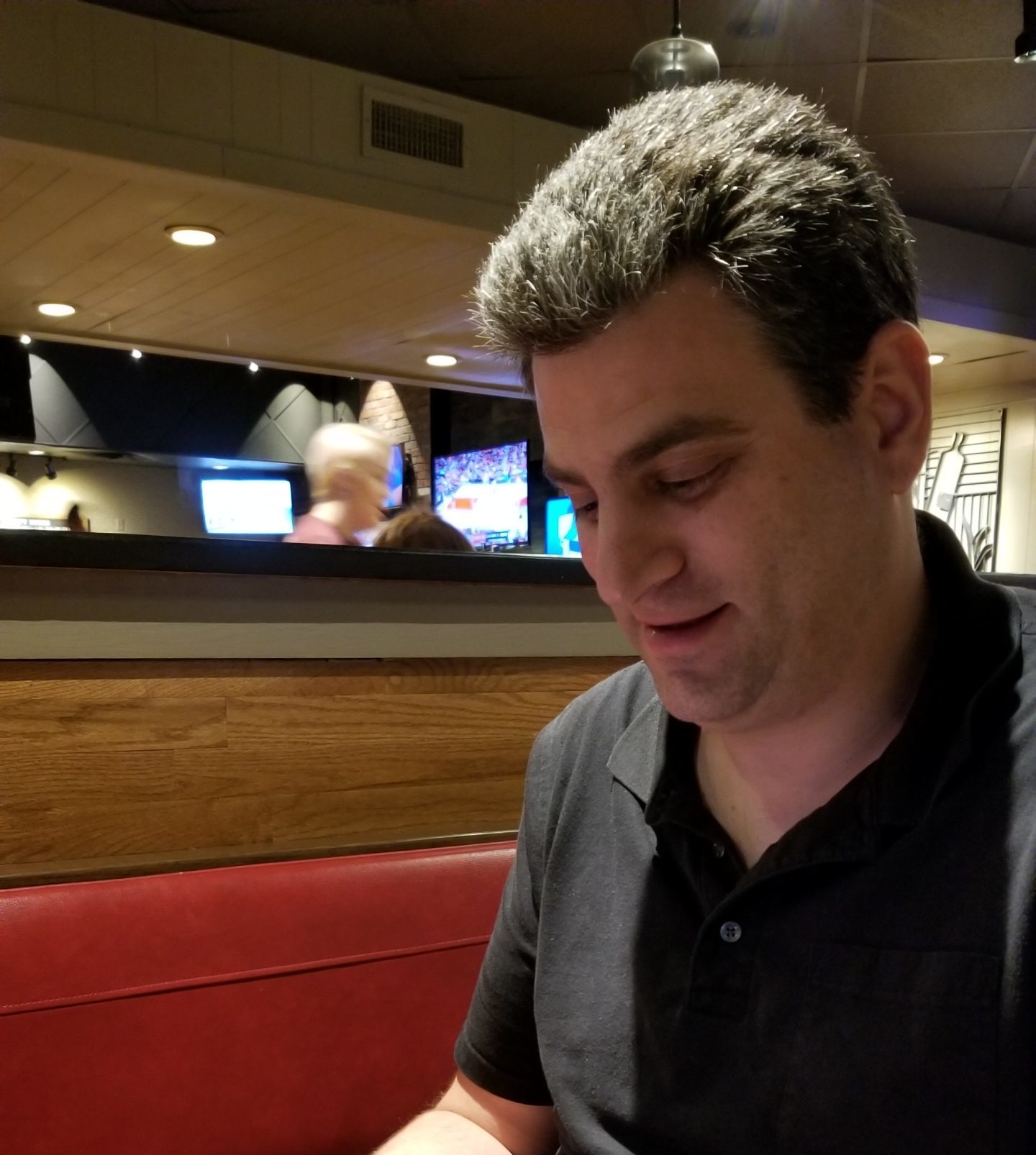 One storm chaser though is on a mission to eat healthy.  Daniel Shaw eats at Subway every opportunity he gets.  Daniel eats at Subway so often, that in 2018 he decided to come up with the goal of getting a different sauce on his sandwich in every state he visited.  That’s 48 states, so 48 different sauces.  Since Subway only offers 12 sauces, Daniel had to get creative.  He started by assigning each state a dedicated sauce or sauce combination.  Whenever he ate Subway in a particular state, he would always get the sauce that he assigned to that particular state.  Combinations like Chipotle Southwest and Ranch worked well.  Other combinations not so much.  Daniel swears that nobody anywhere in the world should ever combine Buffalo with Sweet Onion.  That sandwich ended up in the garbage.

Unfortunately for Daniel, his bad choice is sauce combinations isn’t his only problem.  His humor (or lack thereof) often causes problems while he’s trying to order his food.  I happened to be with Daniel on May 17th, 2019 when he was ordering Subway from the Love’s in Sidney, Nebraska.  The Sandwich Artist asked Daniel if he wanted bacon on his wrap.  Daniel replied, “I’d better pass.  I could shoot North Korea with a missile from my stomach.”  I didn’t quite grasp what Daniel had just said, and the Sandwich Artist didn’t even respond.  The Sandwich Artist just continued looking down at the wrap he was making for Daniel.  Daniel thought it was funny though, so he repeated it. “I’m going to pass on the bacon.  I could shoot North Korea with a missile from my stomach.”  Once again, the poor Sandwich Artist just ignored Daniel.  But Daniel wasn’t phased.  He really though his “joke” was funny and he wanted to make sure the Sandwich Artist heard it.  So Daniel asked the Sandwich Artist if he had heard Daniel say his joke.  The Sandwich Artist replied politely, “Yeah I heard it.  I was just busy making your sandwich.  That’s why I didn’t laugh.”  Daniel then looked at me for a laugh.  Nope.  I wasn’t laughing either.

Daniel wasn’t done though.  He was now on a mission to ensure someone laughed at his really-not-funny joke.  He starts explaining the joke to everyone.  “You know, because my stomach has gotten so big,” he said while rubbing his belly.  “It’s so big that I could shoot a missile out of it and hit North Korea.” He then paused and looked at me.  Then he looked at the Sandwich Artist.  Then back at me.  He was still waiting for someone to laugh, while this whole time displaying a smirk on his face.  You could just tell he was waiting to bust out laughing with anybody who would respond to his joke.  But the joke was so not-funny, that Daniel was the only one with a smirk on their face.

At this point the whole situation was becoming uncomfortably ridiculous.  The Sandwich Artist was staring at me with a look on his face that begged me to step in and stop this madness.  The joke itself wasn’t funny at all.  But the fact that Daniel Shaw though it was funny, and continued to tell it, and explain it, and look for a laugh was quite humorous.  The situation was so humorous in fact, that both myself and the Sandwich Artist started giggling at Daniel’s commitment to get a laugh out of his joke.  When poor Daniel saw us giggling, he thought we had finally gotten the joke.  Daniel exclaimed, “See!  I told you it was a funny joke!”  This enthusiastic happiness that Daniel showed transformed both my and the Sandwich Artist’s giggling into full on laughter.  Satisfied that we were now laughing, Daniel paid for his sandwich and walked off.

Daniel Shaw may do well by making an honest effort to eat healthy.  But I pity the man who has to listen to another one of his jokes.