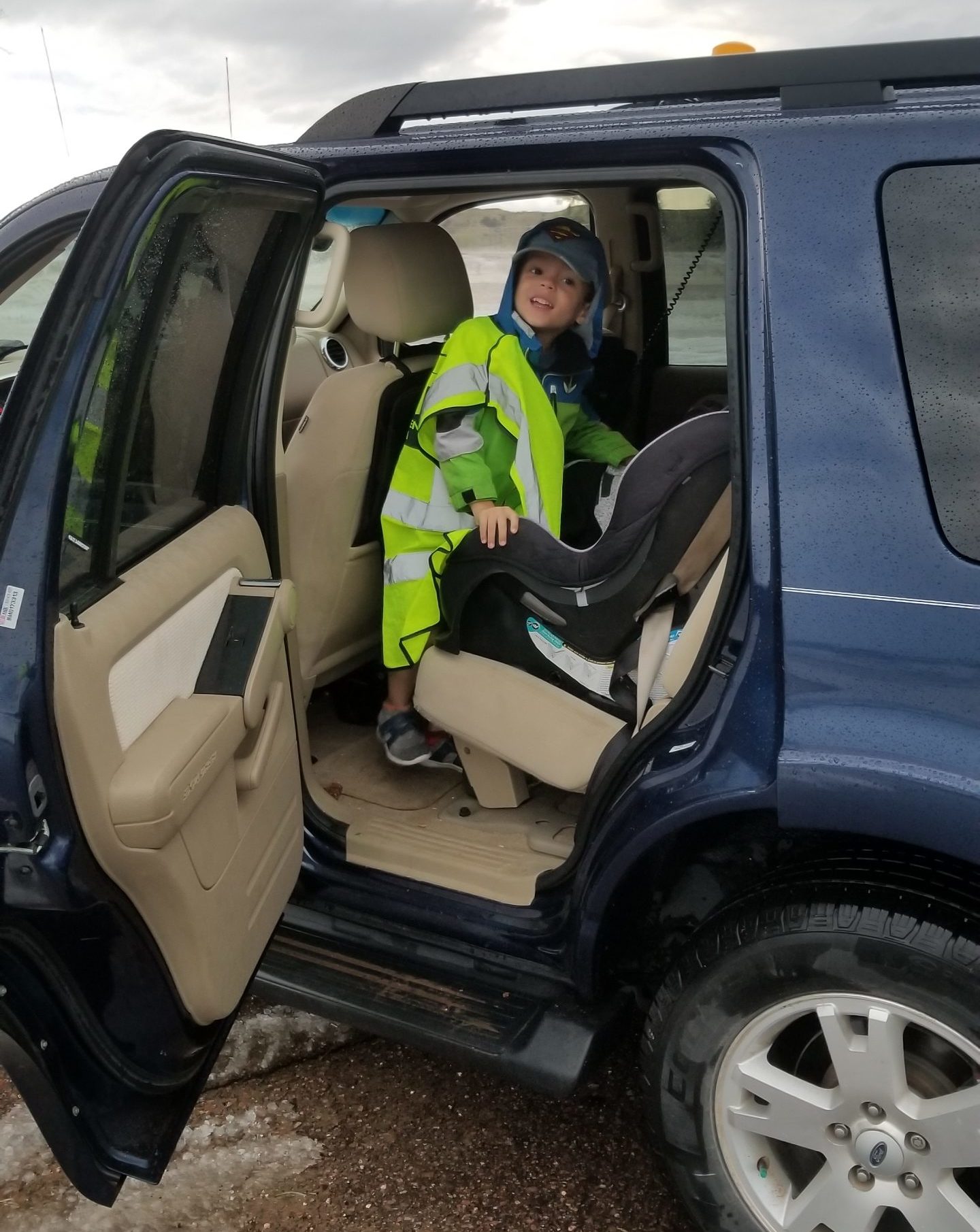 Best Bust Day Ever – Chasing With My 5 Year Old Boys

I took my 5 year old boys storm chasing today, and it was the best bust day ever!

I started in Las Animas, CO. While everybody else was chasing the TOR WAR storm near near Lamar, I went south on 109 after what looked like a good cell. One other spotter network dot did the same. Just the two of us out the hundreds out there. Sure enough, it went tornado warned. I thought I would get some exclusive footage, but sadly my view was blocked by rain, and I couldn’t move any further south without driving through hail. Having my boys in the car made that a no-go. So I had to abandon it, and move on to the Lamar storm.

I went up 287 and followed along at the back of the line. Passed the TORUS trucks, and then stopped as everybody else was leaving to let my boys out of the car and hopefully see the tornado from a safe distance. Unfortunately the lowering went back up. Just a funnel. My boys were excited to see a well structured wall cloud though. Their first one!

When we got to the 287/96 intersection, chasers on ham radio were reporting an accident blocking the road going east on 96. So I decided to go to Eads and gas up, then go north to Kit Carson, and then east on 40 to get back in line. This would have put me right at the front of the pack of cars (everybody else was stuck in very slow convergence eastbound 96 and northbound 385).

As we were going east on 40 though, that storm went from tornado warned to nothing. So I stopped and accessed my options. While sitting there looking at radar, I realized we were in the RFD of the storm to our east, so I let my boys out of the car, and they had fun getting blown over while trying to walk.

Back to the radar… I could still go to the storm to my east – it was still approaching some good shear, or I could go west to a rain wrapped storm that was clearly rotating, but wasn’t warned yet. I decided to go west and take my chances on a newer storm. Plus west was the way home, and I had to get home and get the boys in bed at some point anyway. So west on 287 with plans to go west on 94. But about 2 miles before we hit the 94 intersection, the storm we were watching went tornado warned! That was #3 for the day. Third try’s the charm?

My new plan was to continue on 287 towards Hugo. We entered the tornado warned area before getting to Hugo, so we stopped and watched. Just me. Nobody else!!! All the spotter network dots were at least 30 minutes away… a long line of them. So I sat there alone with my boys in a clearing in the rain, and watched a small, but clear rotation approach us and then pass by without lowering. It was a small funnel trying so hard, but just couldn’t do it. As soon as the funnel passed by us, we were immediately hit with heavy rain, and couldn’t see anything. We repositioned a little further east on 287 just outside the rain, and watched the storm with a clear view. We continued watching it for about 20 minutes, but alas, another bust.

At that point we called it a day, and drove home. Although we managed to chase 3 different tornado warned storms, it was a bust. We may not have seen any tornadoes, but my boys did see their first wall cloud, and we also saw two funnels. Very exciting for two little 5 year old boys! And not to mention one happy daddy.