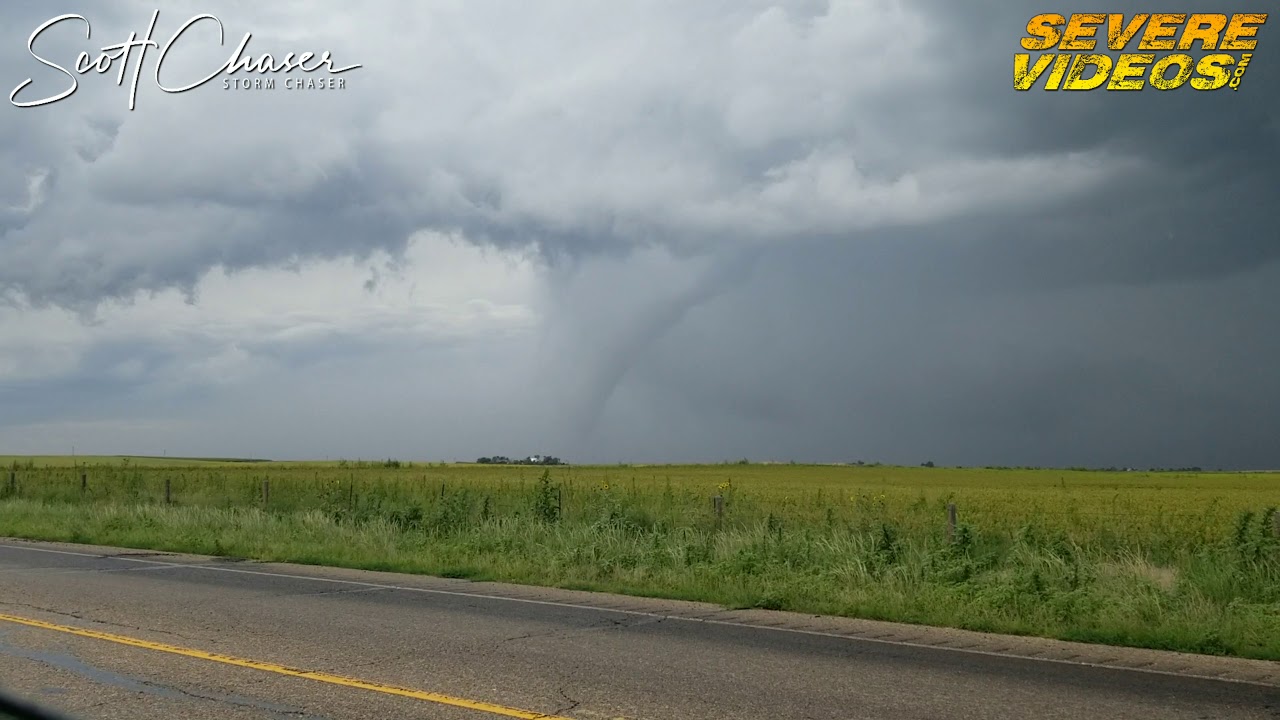 There’s a term in storm chasing called “Colorado Magic”.  Colorado Magic refers to Colorado’s unique ability to produce tornados in less than favorable conditions – such as mediocre CAPE and weak shear – in the middle of August.  While most storm chasers think the chase season ends in early June, the reality is that tornados occur during every month of the year throughout the United States and Canada – and August is no exception.  Colorado’s peak tornado season is during the months of June, July, and August.  After August, the tornados shift back to the southeastern United States in what many call the “second tornado season”.

I have twin 5 year old sons – Jaydon and Jeremiah.  Jeremiah has been out on two storm chases with me, and Jaydon has been on one.  Neither child had seen a tornado, although they have both seen wall clouds, flooding, severe hail, and many of the other things you see while storm chasing.  Since Jeremiah had one extra chase under his belt, I decided to just take Jaydon to even up the number of times each boy had been storm chasing.

We left my house near Colorado Springs around noon on August 11, 2019 and drove to Limon, CO, and then checked the radar.  There was an early tornado warned cell near southeast Denver that every storm chaser drove to.  Knowing that the shear was in northeastern Colorado, I ignored that storm and drove towards a cell that was just starting to form over Akron, CO instead.  When we were about 30 minutes outside of Akron, the storm went tornado warned.  We followed the storm east towards Otis and Yuma, and that’s when my son starts saying, “I see rotation.”  I didn’t see what he was seeing though, so I just kept driving.  A later look at the video would show that he DID see a tornado.  Seriously.  My 5 year old son saw a very short lived tornado just west of Otis, and I missed it.

All was not lost though, because a few minutes later, a longer lived tornado touched down between Otis and Yuma, and this time we both saw it.  Video was recorded, and picked up by OutThere Colorado, a popular online news site with over a million readers.  Best of all, my son saw his first tornado – well, two tornados actually!  He then spent the rest of the day bragging to me about how he saw two tornados and I only saw one.

I’m so happy that he got to see his first tornado.  It was a great day with lots of great daddy / son time.  Video of the tornado was posted here: https://severevideos.com/2019/08/12/tornado-otis-co-august-11-2019/.  Severe Videos will be showing the video of my son seeing his first tornado while I missed in the upcoming movie The Chase.