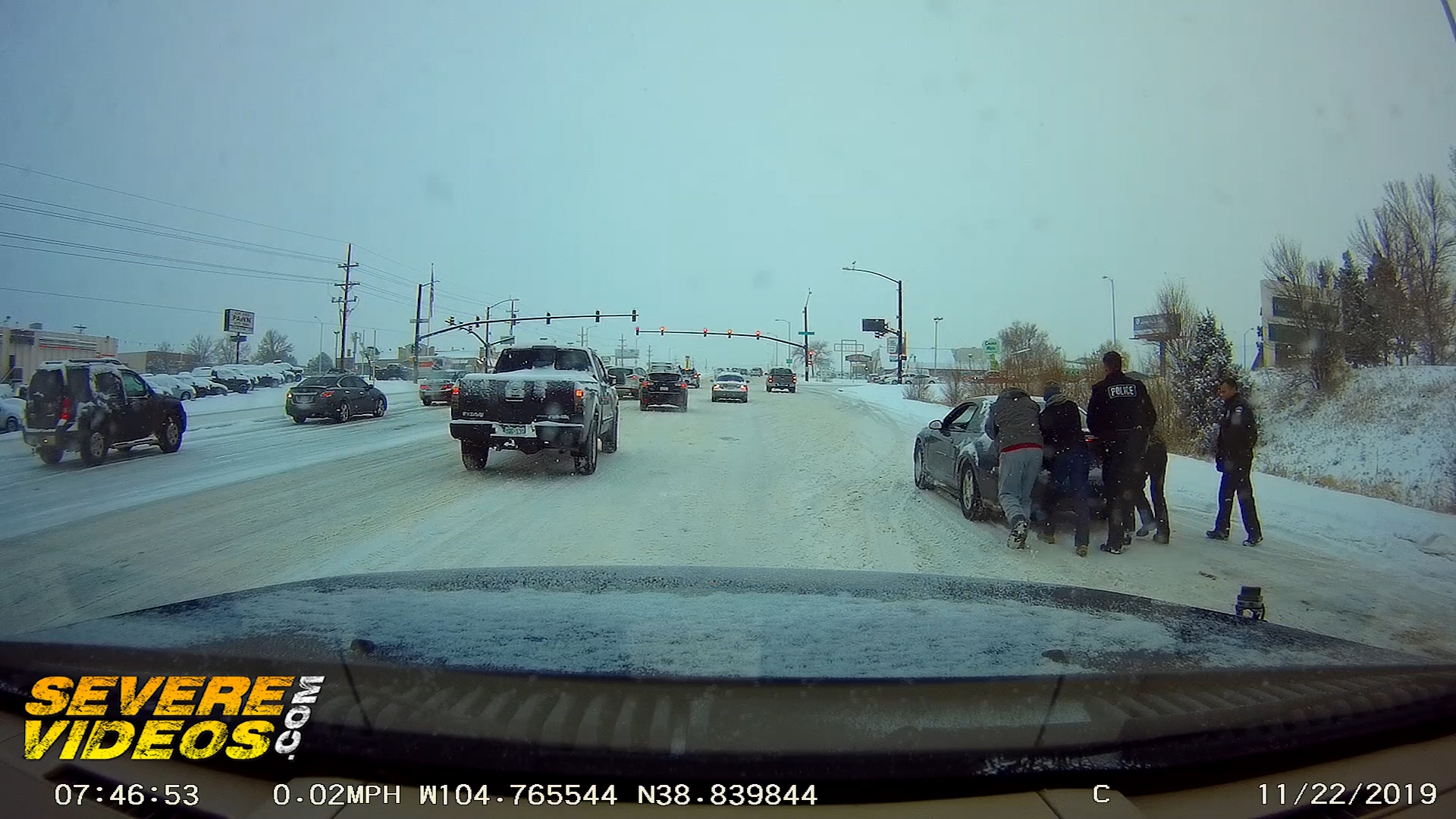 Colorado is known for lots of snow and lots of hills. Yesterday it rained all day, turning into freezing rain by the evening. The roads were covered in ice. Overnight and this morning it snowed. In my experience, snow covered icy roads are the most difficult to drive on. 18 inches of snow fell in parts of Colorado. Here in Colorado Springs, the snow covered icy roads created mayhem during the morning commute. At one intersection alone, over a dozen vehicles needed to be pushed or towed during the 30 minutes that I was there.

In Denver, one wreck involved more than 50 vehicles. I’ve seen much worse (such as during the Bomb Cyclone earlier this year), but this is still ridiculous. One vehicle was driving on BALD SUMMER TIRES!!! I just don’t understand these people. No wonder Colorado has some of the worst drivers in America (The Best and Worst Drivers By City 2019)

Here’s a link to the story where my video was featured: Dozens of crashes occur in Denver at start of morning commute | OutThere Colorado